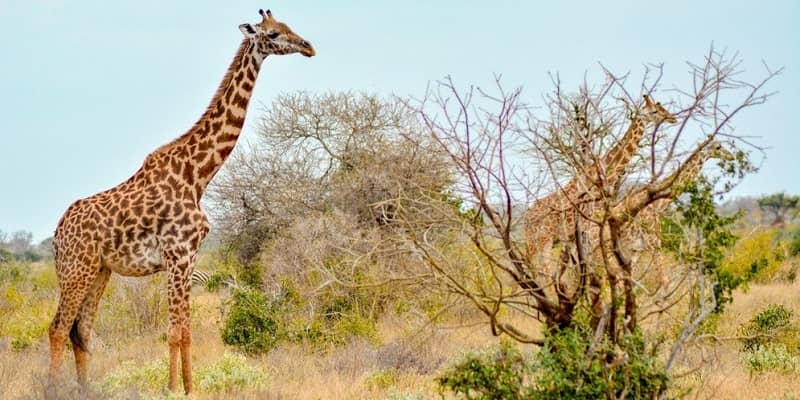 Rwanda has proved over time that is one of the best wildlife destination in the Africa. Despite the fact at the Rwanda is a small and yet a land locked country, Rwanda is still a tourists favorite for those interested in the wildlife safaris.

Rwanda has fewer tourism areas than its surrounding neighboring countries that are endowed with a number of protected areas. The uniqueness in the few protected areas in area and the beautiful attractions has made Rwanda one of the great competing tourism destinations in the world.

Being the cleanest city in East Africa, with rich culture crowned with the beautiful wildlife in the protected areas. Rwanda is the best option to look out for on African safari.

The mountain gorillas of Rwanda are major while species that have attracted a number of tourists to come trekk and experience in the forest. Other wildlife species located in volcanoes national park include the famous golden monkeys, forest elephants, bush bucks, buffaloes, forest fogs, hyena and many more.

Akagera national park is the top wildlife destination in Rwanda, due to its varsity and abundance in the wildlife species. This national park offers game viewing through the plains of the park and boat cruises on Lake Ihema all that which enhance wildlife viewing on a Rwanda safari.

Akagera national park is the only savannah park among the protected areas of Rwanda. It is home to the big 5 game that include; lions, rhinoceros, leopards, cape buffaloes and elephants. All these can be sighted on a wildlife trip in Rwanda together with other wildlife species that include zebras, hyenas, giraffes, antelopes, hippos, impalas, duiker, water buck topis, Oribi bush bucks and many more.

This national park is as well home to various primate species that include blue monkeys, vervet monkeys and olive baboons.

Gishwati mukura national park is the newly established protected area of Rwanda. It is located near Nyungwe forest national park and they both share part of fauna and flora. This national park is home to the eastern chimpanzee species that are 20 in number located in the forest

The bird life in Rwanda adds up to the wildlife diversity that can be explored on a Rwanda gorilla safari.  The bird species of Rwanda are distributed in the different bird destinations where they can be sighted. Rwanda is confirmed to host a total number of 704 bird species.

Rwanda wildlife safaris are exceptional experiences for every travelers. Exploring and immersing in the various destinations that reward view of the beautiful landscapes, mesmerizing wildlife and beautiful flora.