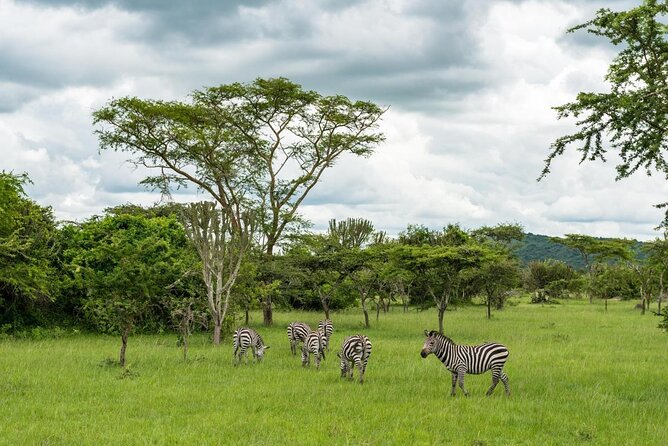 Lake Mburo national park was first preserved as a hunting ground in 1933, then it updated into a game reserve in 1963 and later to a national park in 1983 till date. This is the nearest national park to Kampala with only a distance of 240k west of the Uganda’s capital. It can be accessed by a road transfer which is only a 4 hours road transfer.

This national park is well known for its beauty in nature scenery, various wildlife, bird species, and numerous fun activities that can be enjoyed on a Uganda safaris.

As a thousand of tourist flock to the pearl of Africa, due to its richness in diverse wildlife species population. Lake Mburo national park is among the savannah parks of the Uganda where wildlife viewing takes places through a game drive. This park is home of about 68 mammal species that can be viewed on a game drive. These include Jackals, Hyenas, Buffaloes, Bush buck, Elands, topis, zebras, Impala, genet, Bush pigs, Oribi warthogs and many more.

Game drives in Lake Mburo national park are scheduled for morning, evening, and night time. The choice and preference depends on the interest on the tourist. A number of wildlife and bird species can be viewed on a game drive among which include Zebras, impalas, topis, jackals, hyenas, leopards and many more. Game drive usually take about 2 to 3 hour drive through the savannah plains of the national park.

A cruise on the magical lake Mburo is truly breathtaking, with the view of the lakes flora and fauna at the shores of the lake. Aquatic species such as the hippos and crocodiles can be viewed on a 2 hour boat cruise on Lake Mburo. Bird species such as the kingfisher can also be viewed while on the cruise. A boat cruise is more preferably in the evening at dawn, as a tourist can enjoy a refreshed and relaxed fill of the lake breeze. Boat cruises are scheduled depending on the size of the visitors, few visitors can use the big boat, and for the large numbers a larger boat is provided.

A walk through the savannah grass of Lake Mburo national park is truly rewarding, a view of various mammals such as hyenas, hippos, and many more is truly worth on a Uganda safaris. Walking safaris in the park are conducted due to the fact that there are no elephants and lions in the park and are usually led by guides. Nature walks are usually carried out in Rubanga forest, hilltop with a view of 9 lakes out of 14 of the region and at Rwonyo (salt licks).

Sport fishing is another activity that can be enjoyed in the park, with seven species with tilapia included. Fishing is usually done at mazinga fishing spot in lake Mburo national park.

Accommodation facilities are well set up at the park for those that are planning to spend a night. Lodges, hotel, tents, guest houses and many more are set out all depending on the preference, interest and budget of the traveler.

Accommodation at Lake Mburo NP  include