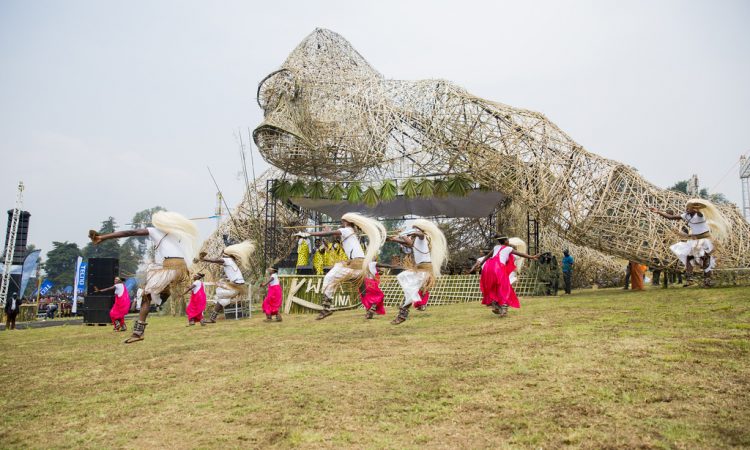 As the ceremony deprived its meaning from the local Rwandan tradition ceremony, of naming the newly born babies “Kwita Izina”. The Kwita Izina ceremony in Rwanda has given recognition of the conservations efforts, of the mountain gorillas by the regulatory bodies of tourism in Rwanda.

Among the needs to raise awareness and funds for the preservation, conservation and sustainable tourism of the gorillas species and their habitant. Kwita Izina has been one of the efforts that hold up the identity of tourism both locally and internationally.

These counties hold the remaining world population of the gorilla species.  Before the Kwita Izina, the newly born gorillas were named by the park rangers that were in care of these species.

Currently the ceremony is held annually each September, a program that last for a week. The Kwita Izina ceremony involves the different stalk holders of the Rwanda tourism. This includes; the local people, rangers, conservationists and other regulatory bodies of tourism in Rwanda.

The Kwita Izina ceremony takes places in the northern province of Rwanda, Musanze Kinigi, at the roots of the Virunga Mountains.

As parents consider a number of factors while naming their babies, this applies to the Kwita Izina ceremony.  In the Rwanda tradition culture naming is considered vital in the child’s life trail. As the names given reflect the past, story and future they would want for their children.

The ceremony of about 7 days involves various conferences, traditional Rwandan dances, music, workshops and many more. The Kwita Izina ceremony is crowned by the gaming ceremony of the gorilla on a gorilla bamboo structured stage.

At the Kwita Izina ceremony, the baby gorillas are named according to their character traits, behavior, personality and heritage. The importance of giving each individual gorilla a name is to help monitor their progress in the habitant groups and behaviors. This helps to easily identify the gorilla individuals.

For the past years, the ceremony took place at the Kinigi area. For 2020 due to COVID -19, Kwita Izina ceremony happened virtually.

The ceremony was organized by the Rwanda development board and the virtual Kwita Izina was held on 24th September 2021. At this ceremony, a number of 24 gorilla infants were given names. Different from the other previous naming ceremonies, the 2020 Kwita Izina looked the recognizing the work of the frontiers that work hard to keep the gorilla babies safe from dangers.

The trackers, rangers, field stuff, guides and the frontiers were given the privilege to name the gorillas.  This was a sign to show appreciation to the frontiers conservations efforts towards the lives of the infant, mountain gorillas of Volcanoes national park.

Kwita Izina ceremony has been a great attraction to the tourism of Rwanda to the outside countries. This ceremony showcases the authentic culture of the Rwanda people, through the different performances, show cased at the naming ceremony.

The naming of the baby gorillas is the highlight of the whole event, besides the gorillas being the top tourists’ attractions. Rwanda has more to offer through wildlife , scenic landscape and the authentic wildlife.