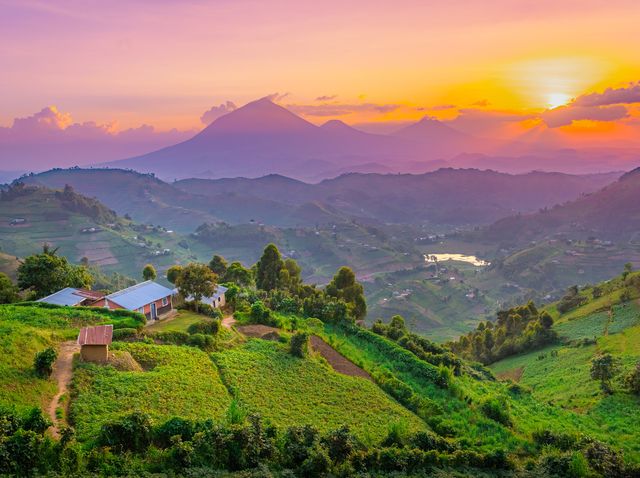 Located in the Eastern region of Africa, Uganda, Rwanda and democratic republic of Congo, are countries with the most with the tropical climate since they are located at the equator. Travelling to see, visit and experience the gorge of these nationals is dependent on a number of factors. These include, interest of the tourists, time, disposable income, political environment and more so the climatic condition of the countries. The best time to visit is also dependent on many factors.

Climate is defined as the long-term average weather condition of a place over a period of 30 years. Depending on the geographical location of the country, the climate condition is a determining factor. We have the temperate climate that comprises of the four seasons. These are polar climate with long cold winters and short summers, desert climate with one or two seasons, Mediterranean climate with very hot summers and with wet winters and finally the tropical climate with the two seasons of the wet and dry seasons.

The topical climate dominating most of the East African countries also dominates part of its neighbors. The nations of Uganda, Rwanda and Democratic republic of Congo are dominated by this type of climate. Making them the most favorable countries to visit throughout the year.

Uganda has is dominated by two seasons, the dry season from the month of August and December to February. These months are good for game view in the national parks and game reserves of the country. Despite the cooling of the dry season, Uganda experiences a little rain. How one looks at that is entirely on them.

The wet season in Uganda is in the month of March to May, September to November. This period is characterized by downpouring and thunderstorms. These may not favor travelling in the rainforests due to soaked grounds. Though on the brighter side, during the wet season the gorilla permits used to be discounted for the trekkers. This attracted many travelers from across the globe in the wet seasons.

D.R.Congo is a second largest country in Africa and 11th in the world. It is bordered by Uganda, Rwanda, Burundi, and Tanzania in the east. Zambia and Angola border it to the south, central republic of Africa in the north and the Atlantic Ocean in the far west.

Located in the equatorial West African and crossed with the equator, DRC consists of a tropical climate with hot and humid in the river basin. It also has cool and dry southern highlands that combine with cold, alpine climate in Rwenzori Mountains.

The Republic of Uganda, this is an east African country bordered by South Sudan, Tanzania, Kenya, Rwanda and D.R. Congo. Uganda is crossed by the equator dominated by plateau with an altitude of 1000 to 1400 millimeters. The climate is pleasantly warm with temperatures ranging from 20oc to 25oC (68f and 77F).

Located in the heart of Africa, Rwanda is a landlocked country bordered by Uganda, Burundi, Tanzania and Congo. This country is highly flocked by tourists due to its natural beauty. The beauty comprises rolling hills, national parks, wild game and the beautiful people hence a beautiful culture.

Due to the fact that Rwanda is a hilly country, it is dominated by tropical highland climate with temperatures ranging from 12Oc (54f) and 27oc (81f). Rwanda experiences the dry season between June to September which is the best period for travelling to the country.

The best time to visit these countries entirely depends on areas to visit and activities to participate in. DRC is a country with highest and lowest rainfall levels. Yet it is within the Congo basin, also has vast plateaus, savannah, mountain-terraces, and verdant grassland. This tropical atmosphere enables it to have different physical features and a number of fauna and flora.

Enabling accessibility of the tourists destinations throughout the year in Uganda is the tropical climate. And all this also depends on the activities that the tourists want to engage in. And for the best time to visit the pearl of Africa is preferably the warm period from august to December.

Due to the fact that the Uganda, Rwanda and democratic republic of Congo are located in the tropics, this avails a chance to tourist to schedule a safari tip to either of the countries, because of the favorable weather condition not found elsewhere in the world.

We are always available to tailor make an itinerary to either of the countries. Or even a combining trip to all three countries. Imagine creating such wonderful memories on one trip.