CHIMPANZEES TREKKING IN THE PEARL 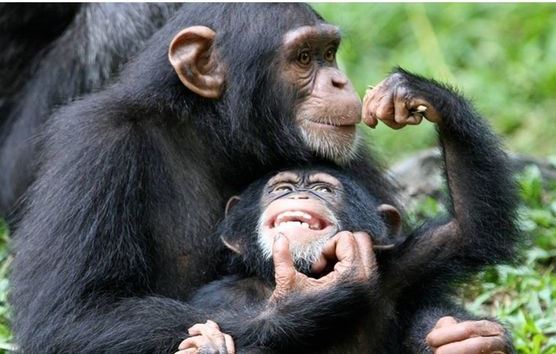 Chimpanzees were declared as endangered species by the international unit of conservation of nature in 2007, due the high habitat loss, hunting and diseases. A study shows that there is a high risk of disease transformation from human to the robust chimpanzees.

Research also has it that the chimpanzees’ behavior is highly influenced by the human presence, that is why it is recommended to use other reach out tool, to the interesting apes such as drowns, cameras, remote microphones and trap cameras.

Leopards are the well- known chimpanzee predators and the lions, are usually the lucky ones that prey on these interesting species. Chimpanzees are omnivorous and like to feed on mostly fruits, on the other hand they also feed on animals such as the small prey, termites and insects.

A view of the chimpanzees while they feed on their delicacy is truly interesting, as you witness them feast on fruits such as bananas, oranges, watermelons and many more. This can be experienced while at Ngamba chimpanzee sanctuary, as the care takers can feed each chimp by name by throwing different fruits as they are caught by the chimpanzees. This can be truly rewarding.

Chimpanzees are “knuckle walkers “as they move on folded palm just like the mountain gorillas.  These primate species are terrestrial and arboreal as they like to live in the trees. Chimpanzees live in communities of 20 to 150 members.

Kibale national park, Kyambura George, Budongo forest, Ngamba chimpanzee sanctuary, kalinzu central forest reserve and the Uganda wildlife center in Entebbe are the tourist’s destinations in Uganda, where one can view and trek the chimpanzees.

Referred to as the “primate capital” of the world with about 13 primate species, kibale national park is unarguably the best place to visit for a primate experience while on a Uganda safari.  This national park is located in the western region of Uganda and it is well known for the huge diversity in the fauna and flora life. Chimpanzee trekking in  kibale national park starts at 8:00am at the parks headquarters with a briefing from the park rangers.

This activity takes about 3 hours depending on the movements of the chimpanzees, for they are mobile species and they move very fast . Luckily enough in kibale national park, chimpanzees are not deep in the forest rather near, thus making it easy for the trekkers to easily spot the notorious primates in the shortest time. There are a number of guidelines that the trekkers are required to follow, while in the forest not to violate the trekking guidelines.

In kibale national park trekkers are required to possess a chimpanzee trekking permit that comes with a cost depending on the nationality of the trekkers. For the foreign nonresidents they pay $200, foreign residents pay $150 and the East African residents pay 150,000 UGX.

This wildlife reserve is located in Queen Elizabeth national park on the north eastern side of the park. It was created and gazette as a buffer zone for the park with and area of 1565 square kilometers, with abundant wildlife and primate life.

This reserve has the highest concentration of primates in the gorge including the red tailed monkeys, vervet monkeys, baboons’ white and black Colobus and this is where the chimpanzees are trekked from. Chimpanzee trekking in the Kyambura gorge costs $50 for both the foreign nonresidents and foreign residents, then for the East African resident the chimpanzee permits cost 30,000 UGX.

This chimpanzee sanctuary and wild conservation trust is an island located in Lake Victoria that aims at conserving the chimpanzees in their natural habitat and providing captivity for those that can’t live in the wild. There are a number of activities one can engage in besides chimpanzee viewing while at the sanctuary.  This is one of the best places for short chimpanzee trekking packages that can favor short tour trips in Uganda.

This is also referred to as the Entebbe zoo, with diversify wildlife in this area the Entebbe zoo is another place where the playful chimpanzees can be viewed in Uganda. Excursions to this zoo are truly interesting as you can view different mammal species such as, the lions, zebras, Rhinos, buffalos and the chimpanzees without having to go to the national parks. This is a fun place for family tourists since it has much more activities for both the adults, students and the children.

This forest is located in western Uganda in Bushenyi district near Queen Elizabeth national park. Kalinzu forest is abundant in the primate population with 320 individual chimpanzees where 50 are habituated. Chimpanzee trekking in the kalinzu forest has two sessions were one is conducted in the morning for 3 to hours, and the other in the evening from 3pm.

Chimpanzee trekking in the forest commences with a briefing about ones’ conduct while trekking the interesting apes, and then trekkers are divided into a group of 3 individuals to trek a particular habituated chimpanzee group. One hour interaction is allowed to witness as the chimpanzee swing from tree to tree, while making interesting vocalizations.

Chimpanzee trekking is one activity that each tourist should look out for when they visit Uganda, for it gives you a chance to explore and get to know more about our greatest and closets cousins from the wild.